Given recent technological, societal, and political developments (e.g., virtual reality, Trump election, Brexit), the NeFCA Young Scholars Network organized a brainstorming session to discuss the future of communication science. In the beginning of February 2017, PhDs and young scholars in communication science from the Netherlands and Belgium met during the Etmaal van de Communicatiewetenschap at Tilburg, the Netherlands. The aim of this brainstorming session was to think together about future directions for our field of research. The session was introduced and moderated by Jochen Peter, the NeFCA young scholars discussed various topics, summarized below.

1. Following Trends or Shaping Developments?
Theories developed in our field emerged from a time in which the media environment looked very different. These theories have originated from other disciplines, such as psychology or sociology. Instead of reinventing the wheel, re-integrating or adjusting existing theories might be a more meaningful approach.

2. Open Science: Opportunities and Pitfalls
Open science provides opportunities for ethical data management and ways to communicate with non-scientists. The young scholars agreed that open science might not be realizable for all types of data and research methods (e.g., sensitive data, qualitative analysis). In this regard, another question was raised: If we consider “open science” as the new golden standard, are we currently practicing “closed science”? After all, by agreeing to publish our scientific work in journals, we typically also comply to make our data available upon request.

3. At the Crossroads: Valorization of Our Work
On the one hand, young scholars called for more collaboration between academia and practice in order to investigate relevant “real-world” issues. On the other hand, valorization should not come at the expense of scientific integrity (e.g., conflict of interests due to third-party funding). Furthermore, there was consensus among the discussants that scholars should distance themselves from evaluating their research in terms of economic value. Instead, we should acknowledge our unique position as an independent and knowledge-creating control authority.

4. It’s the Divisions, Stupid! Communications science misses to seize its full opportunities due to artificial divisions within and beyond its discipline. In case of overlapping topics, departments are barely collaborating with each other, thereby passing up valuable knowledge exchanges. Therefore, the young scholars came to the conclusion that research endeavors should more often be based on topics (e.g., personalization, privacy) rather than on research divisions (e.g., health communication).

Our position paper resulting from this session can be found here:
https://www.communicatingcommunication.com. 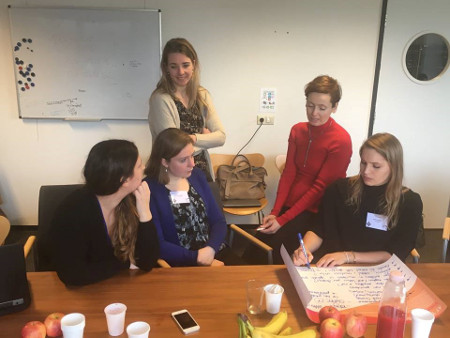