On November 22 2019 we organized the first NeFCA science communication symposium at the Radboud University in Nijmegen. The afternoon was opened with a keynote by Maja Horst (University of Copenhagen) who talked about science communication as culture. She described how interactive installations can be seen as a boundary space for negotiation. Horst analyzed how communication theory can form a basis for the working of these installations and how hard it can be to evaluate their effects on the public: “It is like physics where you can only measure something by destroying it. You do not want to ruin the experience that people had with science.” Her talk was followed by a discussion with the audience, led by PhD-student Aart van Stekelenburg (Radboud University) who also guided the other discussions that day.

Frank Kupper (Vrije Universiteit Amsterdam) opened his column with a dialogue between a farmer and a politician that took place earlier that day on twitter. The dialogue was about nitrogen emissions and it was in fact not really a dialogue. Kupper argued that scientific knowledge is only a small part of the public debate about nitrogen and that there is a false dichotomy between scientists as factual and citizens as emotional. Afterwards there was a discussion about the need for more research on the effects of scientists showing more uncertainties and vulnerabilities in the public debate.

The last speaker of the day was Cees Leeuwis (Wageningen University & Research) who observed science communication from the field of responsible research and innovation – where people want things to scale up. He described how the emphasis in this field shifted from end users to an obsession with science and that this leads to technocratic thinking. But how can we make sure that people benefit from solar panels? And what does big data really mean for Africa? Leeuwis argued that scaling is not about individual adoption processes, but that it is affected by interdependencies and power relations and that science communication (interaction between scientists and end-users)  is crucial as from the beginning of responsible scaling processes.

The afternoon ended with a plenary discussion about the questions raised and ideas for future symposia on current themes within science communication research. 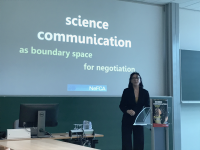 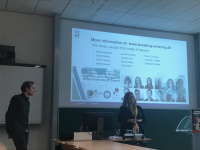 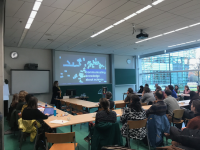 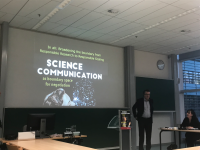 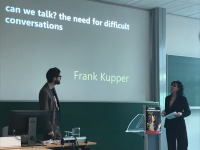