The pre-conference was initiated by keynote speaker, prof. Baldwin Van Gorp, an internationally reknown expert on the topic of framing. In his keynote, Baldwin Van Gorp formulated an answer to the criticisms the concept of framing has recently received, both from a societal and an academic angle. In the public debate, framing stands for a false representation of reality, and it is therefore something that must absolutely be avoided. In academic literature, framing is regularly put away as too vague, as a synonym for the general way in which the media shape an issue, or as a concept with insufficient explanatory power. In the Annals of the International Communication Association, Krippendorff (2017, p. 97) stated that many framing studies describe the social consequences of alternative perceptions, whereas those consequential effects are linked in a rather clumsy way to the processes in which social realities are created. Based on some striking examples, Van Gorp made a number of concrete suggestions for research questions that can help advance framing research.

Following this very interesting topic, a mix of both junior and senior scholars gave short presentations on a variety of topics, including:

After these presentations, Van Gorp made a summary and gave some very interesting concluding thoughts for  both the presenters, as well as for the audience. 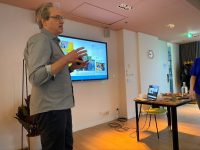 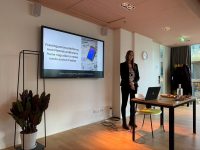 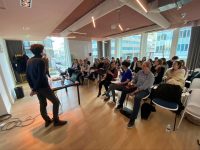